We come across slips, trips, and falls more often than we’d like to. Infact, they remain the most common cause of major injuries to employees. This got us looking at the HSL’s GRIP Scheme, and how this might help reduce the number of incidents. We thought we’d share what we found about it in this week’s Spotlight On article.

The HSL’s GRIP Scheme is a system for rating the level of slip resistance provided by footwear in the workplace. It has been developed by HSL as a proactive step towards reducing slips in the workplace. If a manufacturer choses to participate in the scheme, their footwear is given a GRIP rating from 1 – 5 Stars, following rigorous testing.

Why is the GRIP Scheme important?

According to the HSE, slips and trips remain the most common cause of major injury to employees. Recent HSE findings show that:

Therefore, slips represent a major financial burden to businesses as well as a major source of injury to employees. By bringing greater control to the slip resistant properties of footwear, and providing better information to purchasers of workplace footwear, the HSL hope that the task of reducing the number slips in the workplace can be tackled.

Who does the GRIP Scheme help?

The GRIP Scheme helps businesses to choose the right level of slip resistance for their employees. In its effect, this will reduce business costs of related workplace injuries.

The scheme will also help to improve the quality of a workplace by reducing slipping accidents and ensuring staff are working in conditions which allow them the maximum protection against slips.

What does the GRIP Scheme mean for manufacturers?

It is hoped that, as well as reducing the incidence of workplace slips, the occurrence of GRIP testing will encourage manufacturers to improve the slip resistant properties of their footwear in a measurable manner.

HSL will publish details of all rated footwear on the website. This will include the details of the make, model and soling identifier, as well as a photograph showing the soling unit tested. 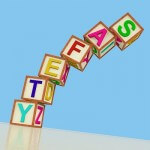 How is slip resistance measured?

“Pedestrian slip resistance is determined by the Coefficient of Friction (CoF) between two interacting surfaces, specifically the frictional properties or slipperiness of floors and footwear in actual conditions during locomotion” (Grönqvist, 1995).

It is therefore understood that friction is a direct indicator of slip risk, and it is suggested by further studies that any test to measure slip resistance should replicate the parameters of slipping. By closely replicating the critical point in pedestrian gait at which traction is lost, and recording when the friction required just exceeds the friction available, a valid test can be conducted.

Because the European PPE Directive recognises that slip resistance is a necessary protective property of footwear, manufacturers have previously wanted to demonstrate their compliance. Therefore other tests to GRIP testing are in use, but concerns have been raised that these tests are not always reliable or accurate enough. The HSL claim that the new GRIP tests have tackled these issues and therefore give more reliable results.

An HSL ramp test has been designed in order to create a rating, and footwear will be tested under different conditions, including different floor types, at different inclines.

The ratings are associated with a soling unit, regardless of the upper portion of the footwear it is attached to. In order to maintain their rating, soling materials must be retested annually.

The HSL have outlined four different levels of testing that manufacturers can choose from:

Following a risk assessment determining the likelihood of slips, the HSL recommend that businesses use the following ratings guidance when purchasing footwear:

By reviewing risk assessments, businesses should be able to monitor whether the right footwear is being worn. For example, if slips are still occurring in a business using Two Star GRIP rated footwear, an upgrade to Three Star may be necessary. If no slips are being recorded in businesses using Five Star GRIP rated footwear, a reduction of level may be deemed appropriate.

Whilst the scheme is being managed by the HSL, a manufacturer’s participation in the scheme, and subsequent rating, doesn’t constitute the footwear’s approval by the HSE.

The GRIP scheme only deals with the slip resistance of footwear and doesn’t deal with other safety requirements of workplace footwear, such as adequate toe protection. Therefore, further considerations do need to be taken into account when choosing the appropriate footwear for a workforce.

Further information on the scheme can be found here and here.

Read our other Spotlight On articles here.

One comment on “Spotlight On – The HSL’s GRIP Scheme”