IOSH’s No Time To Lose Campaign

The aim of the No Time to Lose Campaign is to bring about better understanding of the causes of occupational cancer, and to help businesses take action. The campaign is working to:

It aims to spread the idea that small changes on the workplace can result in a big difference.

Occupational cancer refers to all cancers contracted following exposure to a cancer-causing agent – ‘carcinogen’ – whilst at work. The International Labour Office have stated that occupational cancer is by far the largest cause of workplace deaths.

Occupational cancer is, unfortunately, nothing new with the first known case being identified in 1775. In fact the first death from exposure to asbestos was recorded in 1899. Despite the longevity of the problem, asbestos remains the biggest work cancer killer.

The No Time to Lose campaign has seen IOSH draw on research from Imperial College, London which found:

The campaign aims to educate people that asbestos is not the only cause of workplace related cancers. Unfortunately, there are over 50 substances implicated in work-caused cancers, and these include:

How does the campaign help?

The campaign is offering:

As well as providing clear information on occupational cancer, the No Time to Lose campaign is also trying to dispel misinformation and existing myths about work cancer. Some of these myths are listed below.

Myth: The Number of occupational cancer cases is falling
Unfortunately, this isn’t the case. For example the number of mesothelioma deaths caused by asbestos exposure has risen from just over 400 cases per year in 1982, to over 2,000 a year in 2010.

Myth: Occupational cancer only affects you later in life
The first recorded death attributed to asbestos exposure was a 33 year old man. Work-related cancer isn’t necessarily about age, but about how long your exposure to carcinogens was.

Myth: Exposures are something of the past
Think again. When was the last time you went past a work site where a labourer was half hidden in a cloud of dust? 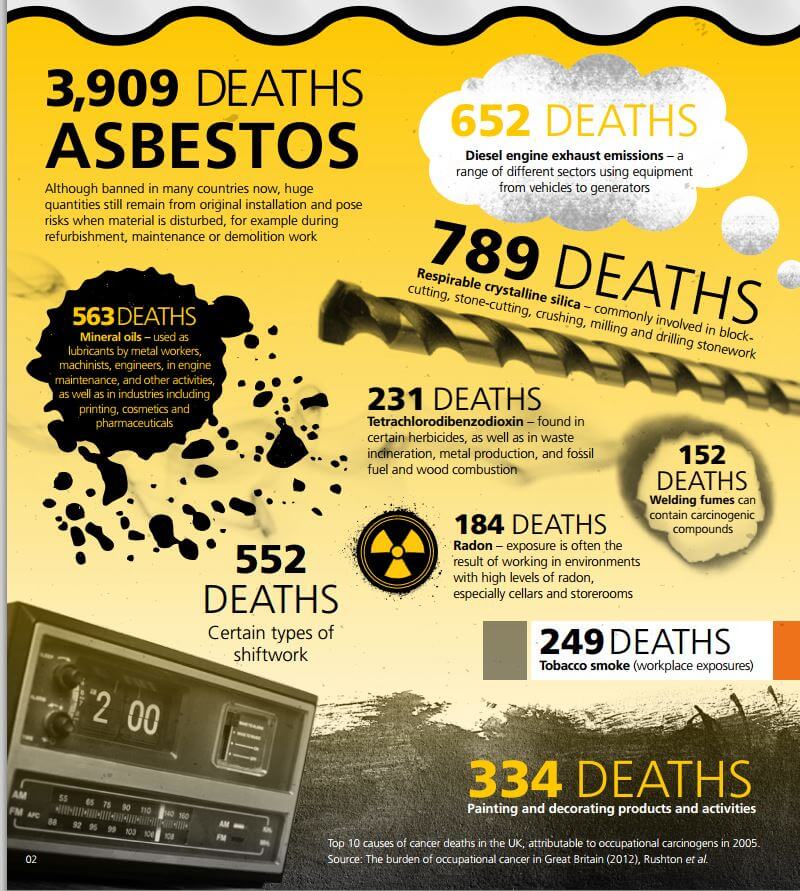 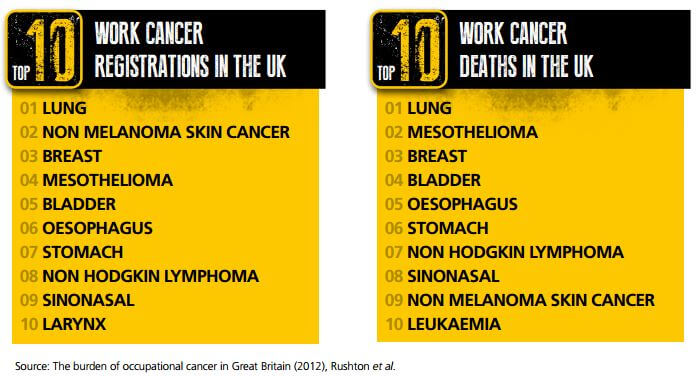 Find out more about the campaign on the website here including free resources here.